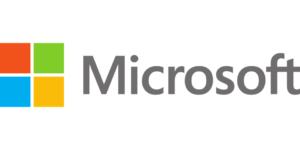 Source: Microsoft
According to the company .NET Framework 4.8 is included in the Windows 10 May 2019 Update and is also available on Windows 7+ as well as Windows Server 2008 R2+.
.NET Framework 4.8 introduces new features in Base classes, Windows Communication Foundation (WCF), Windows Presentation Foundation (WPF) and Common language runtime.
Improvements in 4.8 include:
The JIT in .NET 4.8 is based on .NET Core 2.1 so all bug fixes and many code generation-based performance optimizations from .NET Core 2.1 are now available in the .NET Framework. The company said that NGEN images in the .NET Framework now no longer contain writable & executable sections. This is done in order to reduce the surface area available to attacks that attempt to execute arbitrary code by modifying the memory that will be executed.
With .NET Framework 4.8, the company has updated clrcompression.dll to use version 1.2.11 which includes several key improvements and fixes.
Now the SHA256Managed class and the other managed cryptography classes will redirect the cryptographic operations to a system cryptography library. This removes a confusing difference between developer environments and the production environments in which the code runs and makes native components and managed components operate under the same cryptographic policy.
WinForms is introducing three new features to enable programmers to write more accessible applications. The features added are aimed towards making communication of application data to visually impaired users more robust. The company has added support for ToolTips when a user navigates via the keyboard, LiveRegions and Notification Events to many commonly used controls.
To see the complete list of improvements in the .NET Framework 4.8, you can visit the release notes. You can visit the official announcement here.