As it has for the last couple years, Google is releasing a developer preview of the next version of Android in March. Before you ask, no, we don’t know the name beyond “Android P.” Another thing we don’t know is just how big the user-facing changes will be this time around, as this preview is mostly focused on the changes that will affect developers. So what’s new in Android P developer preview, Google VP of engineering Dave Burke is calling this “an early baseline build for developers only,” so definitely do not go flashing your main phone with this and assume it will be usable day-to-day. 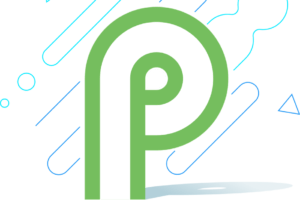 The feature that will probably garner the most discussion is built-in support for a notch cutting into the display at the top of the screen. (Google’s term for it is “display cutout support.”) Those notches were unavoidable on new Android phones at Mobile World Congress last month, so that support is going to be important at least until companies stop blithely copying Apple’s iPhone X. In the meantime, developers will be able to test how their full-screen apps will work with notches with the new tools Google is releasing today. 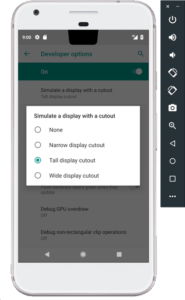 The other change that users may see is staring you right in the face in the image below: a tweaked look for the Quick Settings panel and notification drawer with rounded corners. Don’t assume too much there, however, as this is just an early preview and Google has made tweaks to the look of quick settings and notifications in other previews. 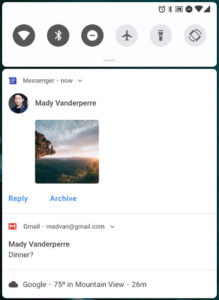 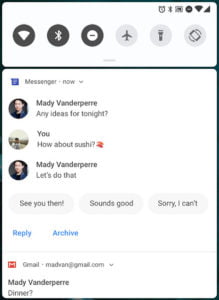 As I said earlier, this is a developer preview, so the above pretty much encapsulates the visual changes we’ve been able to identify so far. In fact, it pretty much encapsulates the traditional user-facing “features” that are worth calling out in Google’s blog post. There are a few more bits here and there, though. Android is finally introducing a standard dialog box UI for when apps want to verify your identity with a fingerprint, for example.

The rest are the sort of things that are related to the overall efficiency of Android or are specifically there for developers to test their apps against. The list is surprisingly long, but it’s hard to find a huge theme for Android P’s changes in the way that we were able to do with earlier releases.

Here are a few of the notable changes for developers:

Now, it wouldn’t be a story about a new version of Android without a big caveat, so here it is: even though we fully expect more details in May and a release this fall, the likelihood that your current Android phone will get any of these features is not great. In fact, if history is any guide, your chances are very small. It’s possible that the deep, structural changes that Google made to Android with Oreo (known as Treble) could make the update situation better this time around. But it’s impossible to know until that we see that happen.

Don’t install this on your main smartphone

In the meantime, developers with a Pixel, Pixel XL, Pixel 2, and Pixel 2 XL can download and flash the Android P developer preview on their devices today and can also install the emulator on their computer. But again: Google is clear that “this initial release is for developers only and not intended for daily or consumer use,” so don’t be surprised if there are some show-stopping bugs in this first release. Google’s emphasizing that concern by not releasing an over-the-air version of this Android P preview.

The good news for you early adopters is that Google is once again promising an Android Beta release at some point in the future, as it gets “closer to a final product.”